On Saturday, October 2, we gathered at Vicki’s Veggies and celebrated the amazing young gardeners who participated in the third annual Children’s Garden Awards. We were amazed at the horticultural knowledge of these kids – some as young as seven.  They knew about water preservation, understood composting, spacing, staking, fertilizing and a lot more. The kids were invited to bring their families to celebrate with them. Vicki started our day off by giving the kids a tour of her gardens and a fresh herb tasting. 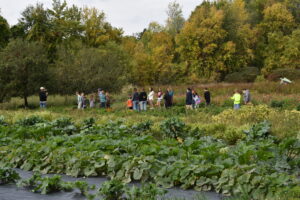 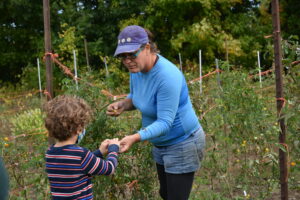 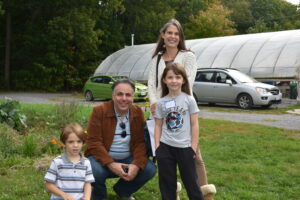 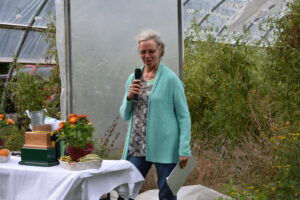 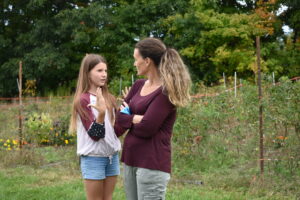 Then we moved on to the awards. This year we had so many entries, we divided it up into Senior (10-12 year olds) and Junior (6-9 year olds).  In the Junior division, Third Prize was awarded to Eve Maggiacomo, Second Prize went to Abbigail Wemyss and First Prize to Simon and Oliver Hill.  Vicki also gave every kid a gift certificate for $25 for next spring, what a great way to encourage the kids to continue in their gardens, Thank You Vicki!

One last award remained to be announced – the Overall Winner.  There were so many incredible gardens maintained by these young gardeners, it was a very difficult decision.  In the end, it came down to who had the best notebook.  The winners made detailed notes, beginning with a drawing of their plan for the garden.  They included recording when they weeded, watered and the condition of their plants, their notebooks were tidy and well written.

The Grand Prize went to Simon and Oliver Hill.  Just as we could not choose one garden over another with the twin girls, Elise and Maya Burkinshaw in the Senior division.  Simon and Oliver’s gardens were also equally impressive, and we gave the top prize to both of them.

We had a great day and we want to thank Vicki Emlaw for hosting our event, an exciting tour of her gardens, her generous donation of gift cards for the kids and for making this such a special day!